Additional image for this page 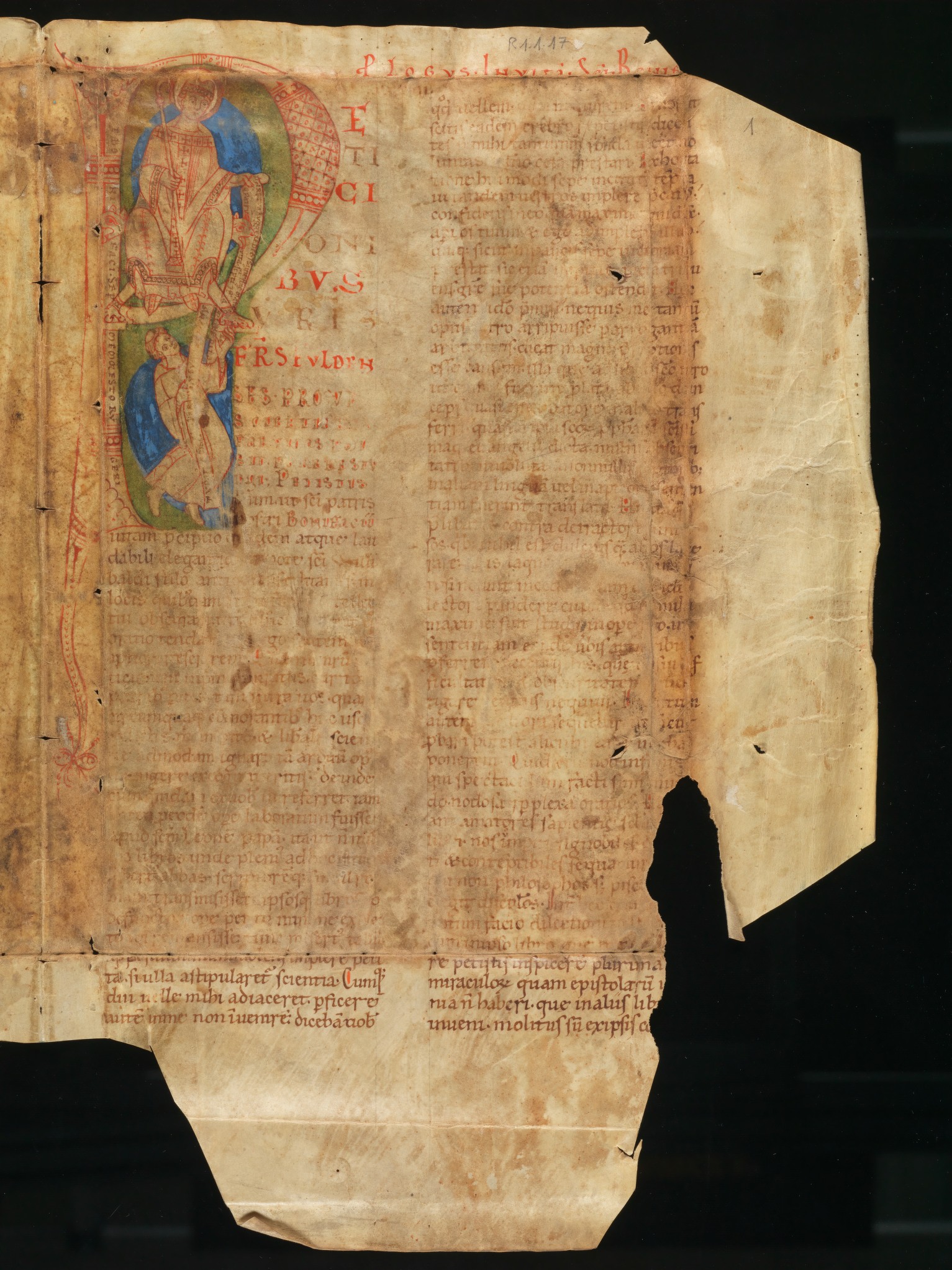 
Language: Latin
Manuscript Summary: A total of 23 leaves of a Fulda Legendary that originally consisted of six volumes, commissioned in 1156 by Rugger, monk at Frauenberg Abbey in Fulda (1176-1177 abbot of Fulda as Rugger II). The main parts probably were written by Eberhard of Fulda; the book decoration as well is very reminiscent of the Codex Eberhardi (Marburg, Hessisches Staatsarchiv K 425 and K 426). Based on the numbering in the surviving indexes and at the beginning of the texts, the size of the collection can be projected to have been about 500 vitae and passions. Thus this work bears testimony to the efforts for not only the economic, but also the spiritual and cultural reform undertaken under Abbot Markward of Fulda (1150-1165); at the same time this work is the northernmost and probably the earliest of the surviving five- and six-volume 12th century legendaries from Southern Germany. Later it served as (indirect) model for the base stock of texts of the great Legendary of Böddeken, through which it remained influential for the Bollandists’ Acta Sanctorum and on into the modern times. The monumental Fulda Legendary was still used in Fulda in the middle of the 16th century by Georg Witzel (1501-1573) for his Hagiologium seu de sanctis ecclesiae (Mainz 1541) as well as for his Chorus sanctorum omnium. Zwelff Bücher Historien Aller Heiligen Gottes (Köln 1554). Fragments from the 3rd, 4th and 6th volumes are preserved in Basel, Solothurn, Nuremberg and Stuttgart. This indicates that at least the 3rd (May-June) and 6th (November-December) volumes of the legendary reached Basel, where both evidently were used as manuscript waste around 1580. (stb)
Standard description: Johannes Staub (Institut Bibliotheca Fuldensis der Theologischen Fakultät Fulda) und Anette Löffler, 2019.
Show standard description